How do you get over a hurt in marriage?  I mean, let’s be honest, there are many times I hurt him and he hurts me.  Anytime you put two sinful humans together hurt happens.  What do you do with that hurt?  How do you get to the point of healing hurt in your marriage?  What’s more…  did you know it’s possible that when marriage hurts, God is refining you?  Today Erica Hale will share how Marriage is like the refiners fire in the hand of a loving God.

Be sure to follow the Entire Series on the Hope For Marriage Event Page. And RSVP to the event to get access to the digital Swag Bag, weekly updates, bonus giveaways and more through the event!

When Marriage Hurts God Is Refining You

Look at that shiny ring of gold on your finger, the one he placed there the day you said “I do”.   It’s a symbol of commitment, the circle representing unending love. Did you ever imagine saying “I Do” would put you in the Refiner’s Fire?  Yes, when marriage hurts – those everyday normal hurts – God is refining you.  Making you holy like Him.

Do you remember the day he proposed?

That special ring was given to you in one of the most romantic moments of your life.

Did he surprise you, dropping to one knee when you least expected it?

Maybe you picked it out together while clutching hands as you peered into a lighted case ablaze with diamonds. 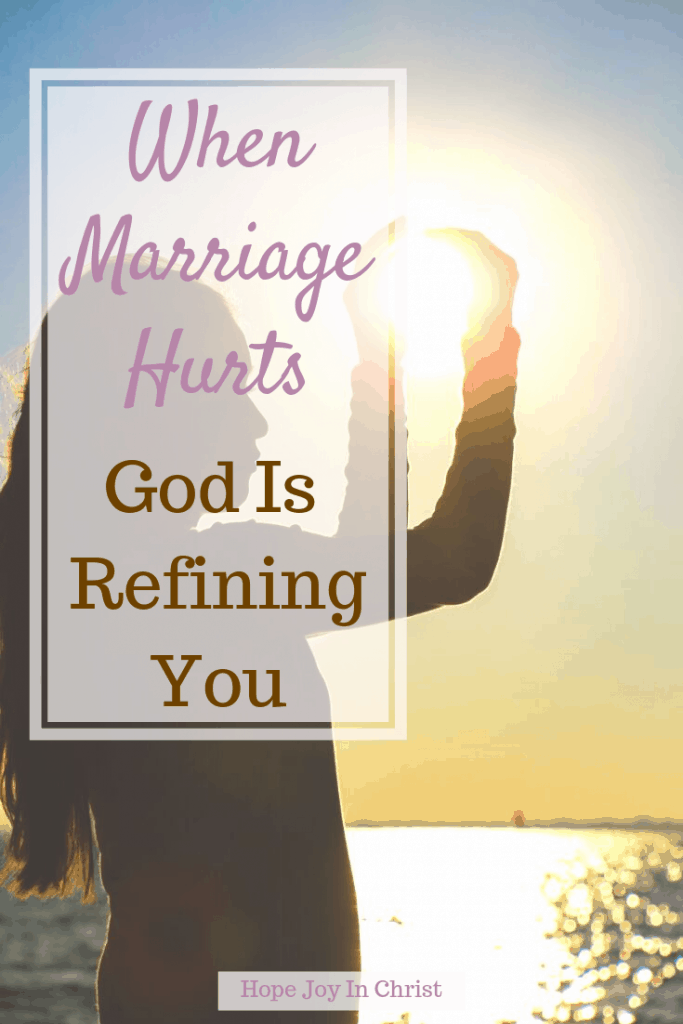 Over the years, that wedding ring has been through some stuff.

That, too, is a symbol of the commitment of marriage. The longer you’ve had it the more precious it’s become.  It changes you.  There’s a groove around the fourth finger of your left hand that wasn’t there before.

It is a symbol of your love

It hides an even deeper truth about the commitment of marriage. Slip it off your finger for a minute. Look at the inside, the part that rests against your skin.

Do you see it?

—the inside is smooth, soft, pure because the gold that forms that ring has been through the refiner’s fire, literally.  Just like your heart through the years as God has worked Spiritual Growth in Marriage.  That’s what he does over the years when marriage hurts.

What is the Refiner’s Fire?

1:to free (something, such as metal, sugar, or oil) from impurities or unwanted material

2:to free from moral imperfection :elevate

3:to improve or perfect by pruning or polishing

I (Erica Hale) hadn’t thought much about the process that gold goes through until my son built a forge in our backyard. We’re a homeschooling family, so this wasn’t too far out of the ordinary for us 😉

There was a pillar of fire in our yard several times a week as he experimented with heating metal.  He pulling red-hot iron from the flames of the forge and pounding it flat. He plunged it into water so that great clouds of steam rose up—then beginning the process all over again.  To be strong, a sword must be repeatedly heated and pounded.

Can you relate to the trials the metal goes through to be refined?  When marriage hurts, God is working on you.

What the Bible tells us about refining.

Proverbs 17:3 The crucible is for silver, and the furnace is for gold, and the Lord test hearts.

I watched as he put chunks of shiny aluminum into the crucible. I picked one up and held it in my hand.  It looked like any other piece of metal.

As it heated in the refiner’s fire, something changed. He pulled the crucible from the flames using a pair of tongs, and showed me:

The seemingly perfect, shiny metal had melted. I expected to see a silvery lake of aluminum there in the crucible. Instead, I was looking at a frothy layer of thick, black, ugly scum!

This, he explained, is the product of all the impurities in the metal—impurities that were invisible before the heat of the fire. The heat separated them from the aluminum and sent them floating to the top. The dross looked nothing like the smooth silver metal that had gone into the refiner’s fire. It was disgusting! How had it been hiding in what looked so shiny just a moment ago?

Suddenly I realized how much sin is in my life, how much dross God is working to remove…  When Marriage is hard, God is trying to remove the dross in my soul.

Suddenly I realized how much sin is in my life, how much dross God is working to remove... When Marriage hurts, God is trying to remove the dross in my soul. Click To Tweet

Does your marriage feel a little messy? Can I let you in on a little secret? Marriage is H-A-R-D. For everybody. But too often we don’t share the challenges and pitfalls with each other. Christians seem to be particularly close-lipped about the messes our marriages face. And nobody but Satan benefits from keeping these secrets.

From the moment we say, “I Do,” the wedded bliss we anticipate in marriage faces setbacks and hardships we never expected. So, let’s shine a light on these messes and encourage each other to turn to God’s wisdom to overcome them.

When Marriage Gets Messy is an 11-week workbook for wives who want to overcome 10 common messes married couples make and transform their marriages into the masterpieces God created them to be.

What you’ll find inside:

Enter To Win! (And Checkout the Main Giveaway Page where over $2,000 in prizes will be given away throughout the event!) 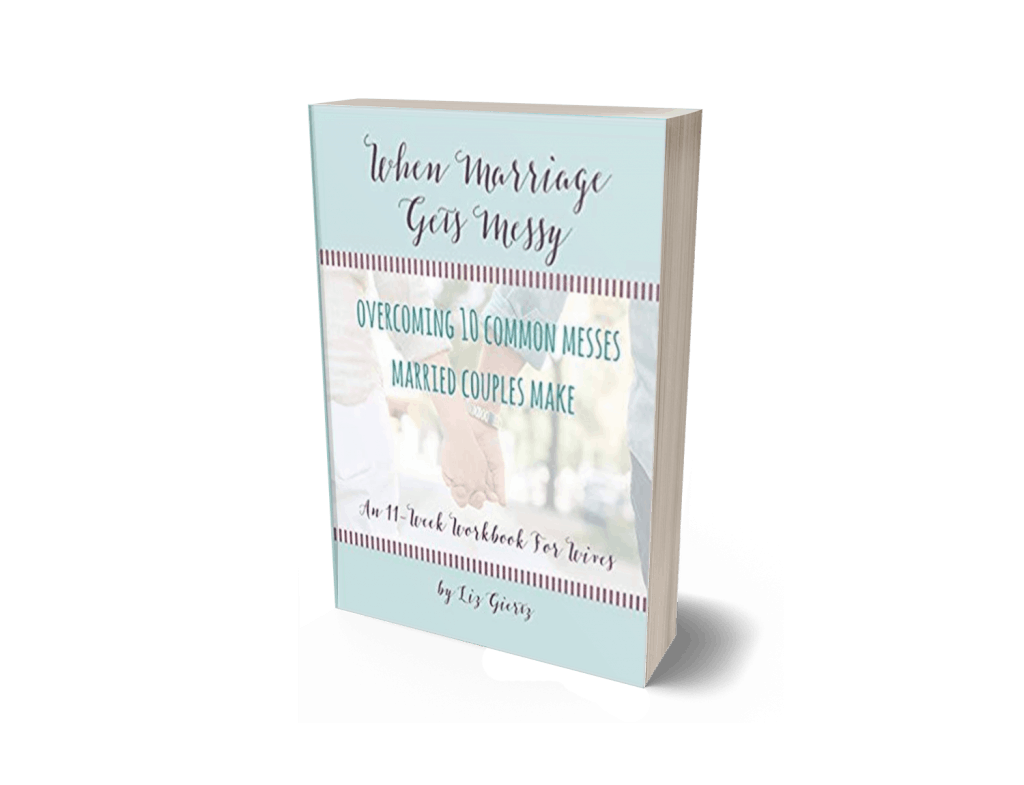 Is there dross in your heart and in your marriage?

Let’s learn from the lustrous sheen of our wedding rings:

Marriage is a forge in which the dross burns away from your soul.

As shiny as we look going into marriage, we’re as full of impurities as that aluminum was.

You can’t see it on the outside. It’s a built-in part of our hearts in this fallen world, so much so that we might never know it was there.

But God isn’t content to leave us there.  When Marriage hurts, it may be the tool of a loving God who refuses to stop loving you and working on your heart.

The dross is not only full of impurities and ugliness, but it also makes you weaker! Like the heating and pounding of an iron sword, the process of refining makes the metal stronger. To be strong, you must be heated and pounded and heated again.

Isaiah 48:10 Behold I have refined you, but not as silver; I have tried you in the furnace of affliction.

Marriage is a forge in which the dross burns away from your soul. As shiny as we look going into marriage, we’re as full of impurities as that aluminum was. Click To Tweet

Your walk with the Lord is a process of lifelong refining

And your marriage? Crucibles for your heart to be tempered. The Lord uses your spouse to refine you:

The heat of living with someone, the fire of trials and tribulations, the blaze of those vows (in sickness and in health, for richer or for poorer) are the heat that breaks down what looks so solid and sends the ugly dross of sin bubbling to the top.  Even having difficult conversations!

When Marriage Hurts, God is refining you because He loves you.

How do you react when you are hurt?

Nobody wants to go through the furnace of affliction.  How do you react when you are hurt – when marriage hurts?

— these are the flames that make you want to run, to douse the fire and escape the heat.

But it’s these very trials that are the “furnace of affliction” the prophet Isaiah is speaking about!

What if we surrendered to the heat, rather than fighting the flames?

The words “I do” are both an invitation to joy and surrendering to the refiner’s fire.

What if God is Refining You When Marriage Hurts?

When marriage hurts, it is easy to get stuck asking questions…  good questions.

Friend, if you find yourself in the crucible today, remember that God is at work in your life. God often focuses on Spiritual Growth in Marriage – through trials.  If you are struggling in your marriage know that He sees you, and He’s with you. Let go of the dross, and know that you will be stronger for the flames.

Can I pray over you today?

Lord, I pray for the marriages that are experiencing the furnace of affliction today. Please, soften hearts and heal hurts. Separate us from the dross of sin, and refine our hearts together—with our husbands, and with You.

Erica Hale is a writer and homeschool mom. She lives near Salt Lake City, Utah with her husband of 21 years, their three children, and two shaggy Labradoodles. She is passionate about stories of redemption, the blessing of fellowship, and coffee. Erica works with The Lulu Tree, a ministry whose vision is to prevent tomorrow’s orphans by equipping today’s families.

Did you enjoy this?  Check out some others like it:

Erica Hale is a writer and homeschool mom. She lives near Salt Lake City, Utah with her husband of 21 years, their three children, and two shaggy Labradoodles. She is passionate about stories of redemption, the blessing of fellowship, and coffee. Erica works with The Lulu Tree, a ministry whose vision is to prevent tomorrow’s orphans by equipping today’s families.

6 thoughts to “When Marriage Hurts God Is Refining You” 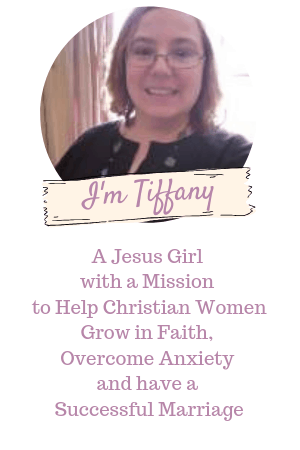 Most Popular Posts on HJIC 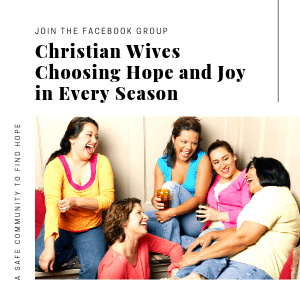 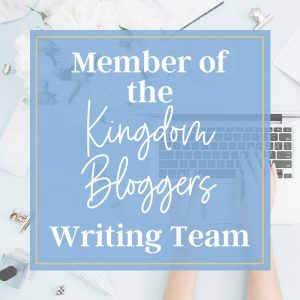 As an Amazon Associate, I earn from qualifying purchases.

We use cookies to ensure that we give you the best experience on our website. If you continue to use this site we will assume that you are happy with it. Read moreI ConsentI Refuse